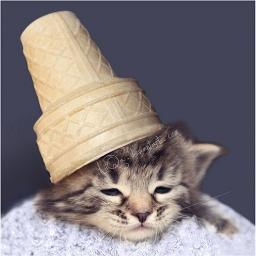 Yup, betrouwbaar....
Free speech?....... Yeah about as free as a Ferrari!!
Nothing travels faster than the speed of light with the possible exception of bad news, which obeys its own special laws.
Laboro te salutante

The FOK! University of applied bullshit.

Ze zijn ultra conservatief, wat zegt jou dat?
Free speech?....... Yeah about as free as a Ferrari!!
Nothing travels faster than the speed of light with the possible exception of bad news, which obeys its own special laws.
Laboro te salutante

Hoeveel effect, dat is een tweede, en iets waar ik ook geen antwoord op heb.
Free speech?....... Yeah about as free as a Ferrari!!
Nothing travels faster than the speed of light with the possible exception of bad news, which obeys its own special laws.
Laboro te salutante

oh no you didn't

quote:
Patrick Moore often misrepresents himself in the media as an environmental "expert" or even an "environmentalist," while offering anti-environmental opinions on a wide range of issues and taking a distinctly anti-environmental stance. He also exploits long-gone ties with Greenpeace to sell himself as a speaker and pro-corporate spokesperson, usually taking positions that Greenpeace opposes.

While it is true that Patrick Moore was a member of Greenpeace in the 1970s, in 1986 he abruptly turned his back on the very issues he once passionately defended. He claims he "saw the light" but what Moore really saw was an opportunity for financial gain. Since then he has gone from defender of the planet to a paid representative of corporate polluters.

Patrick Moore promotes such anti-environmental positions as clearcut logging, nuclear power, farmed salmon, PVC (vinyl) production, genetically engineered crops, and mining. Clients for his consulting services are a veritable Who's Who of companies that Greenpeace has exposed for environmental misdeeds, including Monsanto, Weyerhaeuser, and BHP Minerals.

Moore's claims run from the exaggerated to the outrageous to the downright false, including that "clear-cutting is good for forests" and Three Mile Island was actually "a success story" because the radiation from the partially melted core was contained. That is akin to saying "my car crash was a success because I only cracked my skull and didn't die."

By exploiting his former ties to Greenpeace, Moore portrays himself as a prodigal son who has seen the error of his ways. Unfortunately, the media - especially conservative media - give him a platform for his views, and often do so without mentioning the fact that he is a paid spokesperson for polluting companies.

The following provides a brief overview of Patrick Moore's positions and his history of working for corporate polluters.

TRUTH V. FICTION ON PATRICK MOORE:
Patrick Moore claims he is an environmentalist and represents an independent scientific perspective on forest issues.

TRUTH: Moore was paid by the British Columbia Forest Alliance, an industry-front group set up by the public relations firm Burson-Marsteller (the same PR firm that represented Exxon after the Valdez oil spill and Union Carbide after the Bhopal chemical disaster). The BC Forest Alliance is funded primarily by the
logging industry. He also has ties to other corporations including Monsanto and Weyerhaeuser.

According to Moore, logging is good for forests causing reforestation, not deforestation.

TRUTH: Webster's Dictionary defines deforestation as "the action or process of clearing of forests." The argument advanced by forest industry spin-doctors that clear-cutting "causes reforestation, not deforestation" is without basis in fact. It is like arguing that having a heart attack improves your health because of the medical treatment you receive afterwards.

According to Moore: "Forward-thinking environmentalists and scientists have made clear, technology has now progressed to the point where the activist fear mongering about the safety of nuclear energy bears no resemblance to reality."

- Patrick Moore has recently begun touting the "safety" of nuclear energy at the behest of the Nuclear Energy Institute (NEI), which is being bankrolled by the nuclear industry to promote nuclear energy as clean and safe energy. The public relations firm Hill & Knowlton has been hired to roll out a multi-million dollar campaign to repackage Moore's propaganda to convince congressional leaders of public support for the building of new nuclear plants.

Hill and Knowlton are most well known for their public relations work defending the tobacco industry. The PR firm has also worked for industry interests to stall action to protect the ozone layer by executing "a carefully designed campaign attacking the science behind the ozone depletion and delaying government action for two years. This was enough time for DuPont to bring new, ozone-friendly chemicals to market." Austin American Statesman, Cox News Service Jeff Nesmith June 26, 2005 http://www.statesman.com/(...)ries/06/26doubt.html

More information on Hill and Knowlton can be found at:

Moore's recent call that the U.S. should generate 60 percent of U.S. electricity from nuclear power is ludicrous. These plants are acknowledged by the federal government's own National Commission on Terrorist Attacks Upon the United States - commonly referred to as the 9/11 Commission - as terrorist targets. An accident or terrorist attack at a nuclear plant could result in thousands of near-term deaths from radiation exposure and hundreds of thousands of long-term deaths from cancer among individuals within only fifty miles of a nuclear plant.

His proposal not only fails to address the risk posed to the American public by our existing plants, but also fails to address the urgent issue of global warming. According to Dr. Bill Keepin, a physicist and energy consultant in the U.S., "given business-as-usual growth in energy demand, it appears that even an infeasibly massive global nuclear power program could not reduce future emissions of carbon dioxide. To displace coal alone would require the construction of a new nuclear plant every two or three days for nearly four decades...in the United States, each dollar invested in efficiency displaces nearly seven times more carbon than a dollar invested in new nuclear power."

According to Moore, "Three Mile Island was actually a success story in that the radiation from the partially melted core was contained."

The U.S. Nuclear Regulatory Commission estimates that 10 million curies of radiation were released into the environment by the Three Mile Island Meltdown. Expert witnesses in the TMI law suits estimated that 150 million curies escaped, because the containment at Three Mile Island was not leak tight and the NRC ignored many of the potential escape routes for the radiation.

quote:
He has declared that the US needs to increase its nuclear power production in order to reduce fossil fuel emissions, and cited this as one of his reasons for leaving Greenpeace.

Geld...
Free speech?....... Yeah about as free as a Ferrari!!
Nothing travels faster than the speed of light with the possible exception of bad news, which obeys its own special laws.
Laboro te salutante

Free speech?....... Yeah about as free as a Ferrari!!
Nothing travels faster than the speed of light with the possible exception of bad news, which obeys its own special laws.
Laboro te salutante

Het 'Na ons de zondvloed' principe...
Free speech?....... Yeah about as free as a Ferrari!!
Nothing travels faster than the speed of light with the possible exception of bad news, which obeys its own special laws.
Laboro te salutante